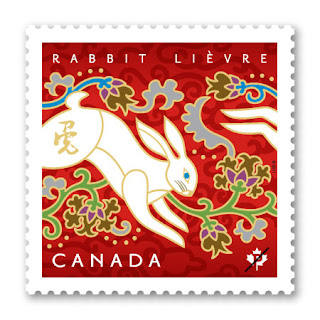 As in keeping with Canada Post's second series of Lunar New Year commemorative issues, January 7th will see the release of both a domestic and international stamp, as well as related collectibles, in celebration of the Year of the Rabbit.

According to Stamp Design Manager Alain Leduc, for designers, the Lunar New Year issue is one of the most challenging produced by Canada Post. "There's the need to come up with a design that's as multi-dimensional and powerful as the previous, but also something very different from the past stamps in the series - as well as a design that will work with the structure that has been determined for this second series. With the Rabbit, I think Paul Haslip and HM & E Design have done a brilliant job of doing just that."

Posted by Quaid-e-Azam Study Circle at 7:04 AM 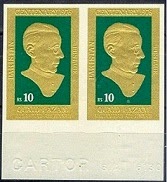